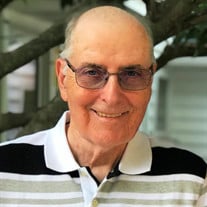 William B Cosgrove, 80, born June 23, 1941, passed away in the arms of his wife early January 2, 2022. He was at home under hospice care. A long time Allentown resident, Bill was born in Troy, New York to William J. and Margaret M. Cosgrove. Shortly after his graduation from Siena College in Albany, NY, he served his country for 6 years in the United States Air Force during the Vietnam War, achieving the rank of Major. Later in life he served 8 years in the National Guard. Following his Air Force service, Bill began working for Weyerhaeuser Company in the Pacific Northwest. He was transferred to the Allentown area in 1970. He continued in lumber sales with Scholl Lumber in Fountain Hill. After surviving a massive heart attack in 1984 and experiencing the benefits of cardiac rehab, he returned to college earning a Master’s degree in Cardiac Rehab at East Stroudsburg University and later a Master’s in Public Health. With those degrees in hand, Bill had the opportunity to become the Director of the National Commission of Health Education Credentialing. Bill then served as the Director of the Executive Service Corps of the Lehigh Valley, a non-profit organization that placed volunteer executive consultants with local non-profits. In 2014, Bill and his artist wife Louise started a business using audiovisual presentations, introducing the works of famous artists to the residents at over 20 senior independent living facilities in the area. These presentations continued through November 8, 2021, and audiences adored them! While Louise discussed composition and artists’ materials, Bill was uniquely gifted at providing historical context and the socioeconomic setting, all of which influenced the artists and their work. The lively interaction among Bill, Louise, and the residents greatly added to the appeal. Bill was baptized into Christ in 1985 and never wavered in his faith right up to the last moments of his life. A student of scripture, Bill frequently taught Bible classes and occasionally spoke from the pulpit. He followed the example of his beloved father-in-law, Gene Arlen, writing articles for the church bulletin and serving his congregation in numerous other capacities. An avid reader, Bill collected quite a library of books, eagerly sharing them with all who were interested. He had a special passion for photography, first using a 35 mm, and later with a digital camera, sometimes winning prizes in juried exhibitions. Bill is survived by his wife Louise; daughters, Amy Olson and Jennifer Karlson; brother Terrance Cosgrove; and sister Cathleen Suspanic. He is survived by five grandchildren, five great grandchildren, many nieces and nephews, and his devoted dog Logan. He was predeceased by his sister Mary Gipp. Services are under the direction of Trexler Funeral Home, Allentown, PA. Due to Covid concerns, private services will be held at gravesite for family only on Thursday, January 6, 2022. A Memorial Service will be held in the spring. In lieu of flowers, contributions may be made to Lehigh Valley Church of Christ, 3400 Brodhead Road, Bethlehem, PA 18020 or Lehigh Valley Hospice, c/o Trexler Funeral Home.

William B Cosgrove, 80, born June 23, 1941, passed away in the arms of his wife early January 2, 2022. He was at home under hospice care. A long time Allentown resident, Bill was born in Troy, New York to William J. and Margaret M. Cosgrove.... View Obituary & Service Information

The family of William B. Cosgrove created this Life Tributes page to make it easy to share your memories.

Send flowers to the Cosgrove family.