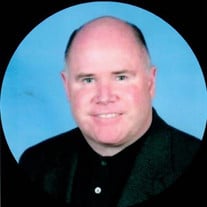 Thomas J. Ward III, 62, of Allentown passed away surrounded by his loving family on September 2, 2021. He was born on July 27, 1959 in Huntingdon Valley, PA. He was the son of Margaret Ward and the late Thomas J. Ward II of Ventnor, NJ. Tom was a 1981 graduate of Lehigh University as a metallurgical engineer with both his undergraduate and MBA. He started his career at Air Products and worked there for 33 years. Among his positions, Tom was a Global Marketing Manager of the metals industry, a General Manager of North American GenGas, Director of the SAP program, the Vice President of North American Gases and ending his career as Vice President of Global Business Support Services. He retired in 2014 and started his own consulting business, 4-Ward Consulting, LLC, for enjoyment. Tom was a wonderful leader, encouraging all those around him to excel. His greatest pleasures were his children Kimberly, wife of Daniel Walter of Atlanta, GA, Kassandra of Orefield, PA, Kellyanne, wife of Nicholas Weis of Grafenwöhr, Germany, and his twin grandsons Allister and Carlysle Walter. He loved traveling the world and, eating and cooking international foods with his wife Mindi. As well as, playing tennis and watching the waves at the Ventnor Beach. He is survived by his wife Mindi Gu and step daughter Fengjia Hu, daughter Kimberly Walter, son-in-law Dr. Daniel Walter, and their twins Allister and Carlysle, daughter Kassandra Ward, and daughter Kellyanne Weis and son-in-law CPT. Nicholas Weis and former wife Cynthia Ward, brother John and his wife Ann; sisters Mary Callan and her husband Joseph, Kathleen Peppelman and her husband Walter. There will be a viewing at the Trexler Funeral Home at 1625 Highland Street, Allentown, PA 18102 on Friday September 10th from 5pm-7pm. Tom was always the life of the party and to honor him, the family would like to do a Celebration of Life at the Arts Quest Steel Stacks in Bethlehem in the Fowler Blast Furnace Room on Saturday September 11th from 1pm-4pm. His family strongly suggests masks are worn. Memorials can be considered to Gift of Life, c/o the funeral home.

Thomas J. Ward III, 62, of Allentown passed away surrounded by his loving family on September 2, 2021. He was born on July 27, 1959 in Huntingdon Valley, PA. He was the son of Margaret Ward and the late Thomas J. Ward II of Ventnor, NJ. Tom... View Obituary & Service Information

The family of Thomas J. Ward created this Life Tributes page to make it easy to share your memories.

Thomas J. Ward III, 62, of Allentown passed away surrounded by...

Send flowers to the Ward family.