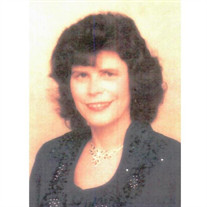 Ruth Esther Mann was “promoted to glory” on Tuesday, December 7, 2021, at St. Luke’s Hospital – Allentown Campus. She was born January 14, 1946 in Allentown, Pennsylvania to the late Ruth Esther (Steinson) Harris and the late Luther (Jack) Lloyd Harris Sr. She was later joined by brothers, Luther and Larry, and a sister, Linda. Ruth graduated from Parkland High School in 1964 from the secretarial/ administrative program. Skills she used in a variety of jobs throughout her life; usually in the medical field. Raised in the Salvation Army Church, she entered their pastoral program. On October 31, 1965, she married William (Bill) George Mann Jr. at Zion Church in Allentown. Their daughter, Dawn Marie, was born in 1967 and their son William (George) Mann III was born in 1969. Her pastoral training and gift of hospitality would come together when they became part of the underground church while Bill was stationed in Turkey with the Air Force. While stationed in Germany, Ruth began building a second career as a music teacher which would transform into a business, Mrs. Mann’s Studio, upon their return to San Antonio, Texas. Her love of teaching extended into the area of her faith. She taught children’s classes and eventually Adult Bible Studies, which she led up to shortly before her passing despite her limited eyesight. Throughout her life she has been part of volunteer organizations like Family Services and served on boards like the San Antonio Music Teacher’s Association. In her down time, she enjoyed baking, gardening, and crafts. She also enjoyed traveling; especially to see grandchildren. Ruth treasured the role of grandmother to Dawn and Jeff’s children, Matthew and Jonathan, as well as George and Jeanne’s children, Rebecca, William IV, and Thomas. Ruth is also survived by her sister-in-law, Jan, as well as nephews, Charlie (Jessica), Stephen (Stacey) and Eric. The funeral service will be held at 10am on Saturday, December 18, 2021, at Trexler Funeral Home, 1625 Highland Street, Allentown, PA. There will not be a viewing.

The family of Ruth Esther Mann created this Life Tributes page to make it easy to share your memories.

Ruth Esther Mann was “promoted to glory” on Tuesday, December...

Send flowers to the Mann family.