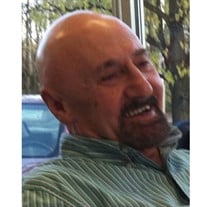 Richard John Vallera, 77, of Catasauqua, died Monday, January 24, 2022, in Lehigh Valley Hospital Muhlenberg, following complications of Covid pneumonia. Born in Bethlehem, he was a son of the late Helen Markle. Mr. Dickey or “V”, as he was sometimes called by close friends, was a 1962 graduate of Phillipsburg High School. He attended Minnesota State University Moorhead. He had eclectic careers over the years, mostly in sales and as a driver. He sold everything from life insurance to meats to time shares to vacuum cleaners. He drove for Lehigh Valley Taxi, Renzenberger (Norfolk Southern), and Car One. He enjoyed driving limo and town cars and meeting celebrities like Chuck Bednarik “Concrete Charlie” and Darryl Dawkins “Chocolate Thunder.” He also worked as a crew chief for Traffic Plan, Allentown. Rich also served in the Navy as a barber and cut hair in Easton and Ocean City, NJ. During his time in Florida, he was a sous-chef for the Tampa Bay Devil Rays. Rich loved sports, especially the Eagles, Phillies, and Phillipsburg Stateliners Wrestling. He even had a field trial with the Phillies in the late 1960s. He was predeceased by his former wife, Ellen Vallera. He is survived by his loving family friend Christina Sayre, with whom he resided; Oliver Sayre, and their children Miranda, Kayla, Alden, Savanna, and Kayla’s son, baby Malcolm; close friends: the Piperata family, Frank LeCause, and Mark Carr. He is also survived by a daughter, Jamie Smith-Vallera and her husband from FL, and a half brother Joe Markle of Easton. Memorial service: 7:00 PM, Monday, January 31, at Trexler Funeral Home, 1625 W. Highland St. Allentown, PA 18102. Calling will begin at 6:30 PM. In lieu of flowers, donations can be made to Phillipsburg High School Athletic Booster Club c/o Trexler Funeral Home.

The family of Richard John Vallera created this Life Tributes page to make it easy to share your memories.

Send flowers to the Vallera family.