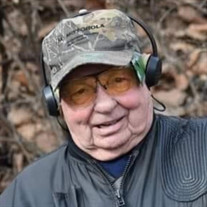 Freeman G. Kline, Jr., 85, of Allentown, a much-loved father, companion, grandfather, brother, uncle, and friend to so many, died Tuesday, February 23rd of COVID-19-related complications at Lehigh Valley Hospital where he had been a patient since January 2nd.. He was predeceased by his wife, Barbara (Jones) Kline in 1999. Born on September 7th, 1935, he was the son of the late Freeman Kline, Sr., and Marjorie (Werner) Kline. Freeman, known as “Freem” or “Freemie” to all who loved him, was a graduate of William Allen High School. After graduating, Freem served in the military and then worked at Mack Trucks from where he retired in 1992.. Following retirement, he and his wife founded “The Wildlife Den” which provided wildlife-themed trophies and prizes to trapshooting competitions across the nation. Prior to becoming infected with COVID-19, Freem was a very active man who loved life and led a life well-lived. In addition to spending time with his family and many friends, his passions included fly fishing, hunting, stock trading, and traveling to casinos with Sandy. However, his lifelong passion was for the sport of trapshooting. He was an integral member of the Pennsylvania State Sportsmen's Association, a member of the Lehigh Valley Trapshooter’s League since 1957, and the patriarch of North End Rod and Gun Club in New Tripoli where he was much-loved and respected by his “club family.” His awards and accomplishments in the sport of trapshooting are too numerous to list but highlights include winning competitions and titles at the local, state and national levels and being inducted into the PSSA Hall of Fame in 2016. Freem is survived by his daughter, Cheryl (Kline) Bleiler, of Fleetwood, his son, Gary Kline of Emmaus, his longtime companion, Sandra Kuyan of Allentown, and his sister, Rae Ann Fulton of North Carolina. He is also dearly missed by his four grandchildren: Claire Bleiler of New York City, Annie Bleiler of Fleetwood, Sydney Kline of Emmaus, and Parker Kline of Emmaus, and his nephew, Patrick Palmer, of Kutztown, and niece, Shannon (Palmer) Rinkinen of Michigan. A celebration of Freem’s life will be held at a later date when it is safer to gather and honor his memory and legacy.

Freeman G. Kline, Jr., 85, of Allentown, a much-loved father, companion, grandfather, brother, uncle, and friend to so many, died Tuesday, February 23rd of COVID-19-related complications at Lehigh Valley Hospital where he had been a patient... View Obituary & Service Information

The family of Freeman G. Kline, Jr. created this Life Tributes page to make it easy to share your memories.