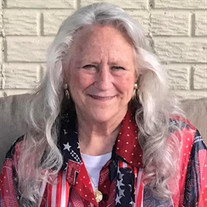 Dr. Kathleen E. Ott, 71, of South Whitehall Township, passed away peacefully on April 21, 2022, surrounded by her beloved family. She was the daughter of the late William M. and Mary Jane (Bortz) Mackes. She was the former wife of Robert S. Ott of Dingmans Ferry. Kathy led an amazing life, had a rewarding career in education, and was devoted to her family. She graduated from the William Allen High School where she was an accomplished majorette who spun flaming batons. She went on to earn a Bachelor of Science in Secondary Education from the Kutztown University of Pennsylvania in 1986 and began her professional career as a high school biology teacher at Lehigh Career &Technical Institute. In 1990 she was awarded a Master of Education/Secondary Education in Biology from Lehigh University. In 2001, she received a Doctor of Educational Leadership and Administration from Widener University. After serving as the assistant principal at Pottsgrove Senior High School, she went on to become an assistant principal at the Emmaus High School in the East Penn School District from 1993 to 1999. In 1999, she was named as Northampton Area High School’s principal, a position she held until 2007. From 2007 to 2020, she was Northampton Area School District’s Director of Data, Grants, and Special Programs, where she secured millions in competitive grants for the district, including Keystones to Opportunity, the Keystone Head Start and Pre-K Counts programs, and Washington’s Crossing, among countless others. During her tenure at Northampton Area, Kathy established the district’s alumni directory and was a founder of Northampton Konkrete Kids Education Foundation. Dr. Ott formally retired on December 31, 2020. Kathy was a member of the New Covenant Christian Community Church, Macungie. She was a member of the Rotary Club of Allentown West, where she facilitated Snackpacking at the Parkland High School, providing nutritional foods to students in need. Dr. Ott sat on the board of directors of Hawk Mountain Sanctuary Association in the late 1980’s and most recently on the board of directors of the Parkland Education Foundation. She was an avid baker, creating multi-layered confections for birthdays, weddings, community events, hospice care and homeless shelters, and as thank-you’s to agencies such as the South Whitehall Township Police Department. She was the self-published author of the whimsical Casinos, Capers, and Cakes: Hitting the Jackpot of Love and Adventures in Atlantic City. She will be remembered as a faithful servant of the Lord and as a loving, devoted mother, grandmother, aunt, sister and friend. Dr. Ott is survived by her siblings Thomas J. Mackes (wife Carolynne), Corinne Emmett, and Jody Gehringer; sons Robert S., II, (wife Lisa), Michael B. (wife Cindy), Stephen J. (wife Suzanne) and daughter Jacqueline S. Mohr (husband John). She was blessed with eight grandchildren who meant the world to her: Mikayla, Darci, Lindsay, Sydney, Addison, Robert, Elizabeth, and Jacob; along with two nieces and four nephews along with their families. Memorial Services to be held 10:00 AM, Thursday, April 28 at New Covenant Christian Community Church, 126 S Church St, Macungie. Calling will be held 6:00 PM to 8:00 PM, Wednesday, April 27 at Trexler Funeral Home, 1625 W. Highland St., Allentown and Thursday, 9:00 AM to 10:00 AM at church. Private burial arrangements will immediately follow the church service. In lieu of flowers donations can be made in her name to either Rotary Club of Allentown West or Family Promise of Lehigh Valley, c/o the funeral home.

Dr. Kathleen E. Ott, 71, of South Whitehall Township, passed away peacefully on April 21, 2022, surrounded by her beloved family. She was the daughter of the late William M. and Mary Jane (Bortz) Mackes. She was the former wife of Robert S.... View Obituary & Service Information

The family of Dr. Kathleen E. Ott created this Life Tributes page to make it easy to share your memories.

Send flowers to the Ott family.